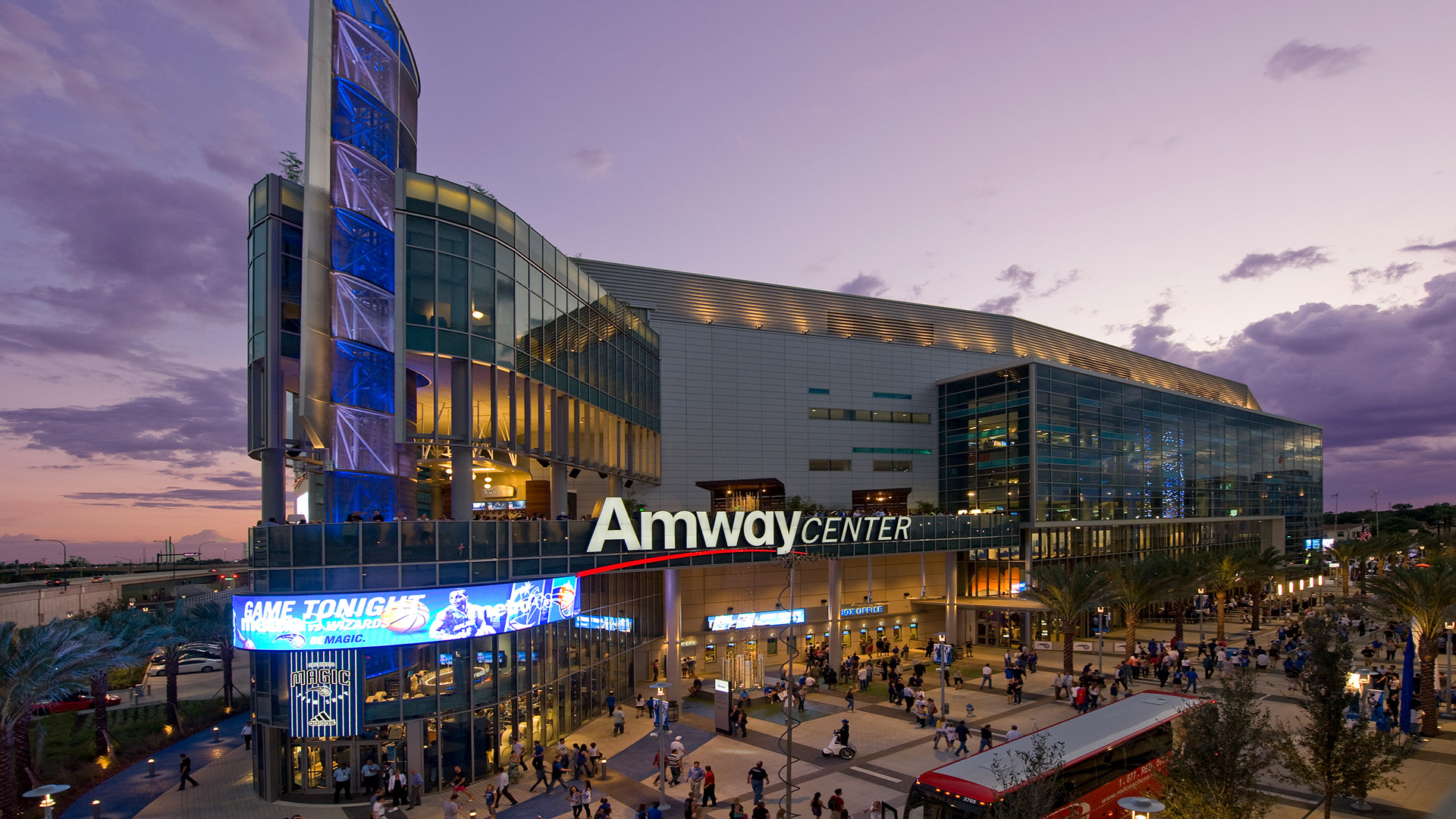 The Amway Center is an indoor arena in Downtown Orlando, Florida. It serves as home to the NBA’s Orlando Magic, the ECHL’s Orlando Solar Bears, and the National Arena League’s Orlando Predators.

Since it opened, it has hosted several big name games and events including the 2012 NBA All-Star Game and the 2015 ECHL All-Star Game. It’s also hosted some games of the NCAA Division I Men’s Basketball Tournament in 2014 and 2017. In addition, the arena has been a popular destination for the WWE wrestling promotion, including the 2016 Royal Rumble pay-per-view event. And the promotion even took up residency at Amway Center from August 21-December 7 2020 due to the COVID-19 Pandemic.

The plan for the arena began when the Orlando Magic’s ownership, led by billionaire Amway founder Richard DeVos and son-in-law Bob Vander Welde, had pressed for Orlando to build a new arena. This request had been ongoing for ten years at the time, likely in response to the wave of technological advancements in entertainment arenas during the early 90s and 2000s. So the former Amway Center, built in 1989, and quickly became one of the oldest arenas in the league.

The arena was planned with a cost of around $380 million, with an additional $100 million required for land and infrastructure.

The official ribbon cutting ceremony and dedication took place on September 29, 2010. The general public was asked to enter the building and witness Orlando Mayor Buddy Dyer give his annual State of Downtown address. The following month was the venue’s first ticketed event, a Vicente Fernández concert on October 8. Later, The Orlando Magic played their first preseason game at the arena on October 10, where they defeated the Hornets with a 54 point margin.